Policy Updating: Rhoda shared the changes she made to the drafts of the volunteer policy documents under consideration: the volunteer policy guidelines, a volunteer service agreement, and a volunteer application form. A question of the need for all three documents was discussed; it was decided to proceed as follows: Rhoda will present the policy to a prospective volunteer at the time interest is first expressed.  The individual would then fill-out an application form and, upon completion of a successful background check, would sign the service agreement, indicating his/her understanding of and willingness to abide by the library’s policy for its volunteers. Discussion was held about clarifying the rules in regards to the use of minors as volunteers. Rhoda continues to seek information at the state level and will also inquire about maintaining our status as an approved site for community service. Sara moved that we accept the volunteer policy as drafted. Laurie seconded. All voted in favor.

Treasurer’s Report: The latest budget was discussed. There were no issues, questions, or concerns.  Rhoda reported that the second & final disbursement check had been received and the deposit made.  Laurie moved to file the report. Sara seconded. All voted in favor.

Library Director’s Report:  July’s circulation statistics were reviewed. July always tends to be a big month for circulation but this year’s numbers were particularly high, especially the number of children’s materials. In fact, the total number of materials circulated in July of 2001 and 2002 were considerably less than just the number of juvenile materials checked-out this July. The Summer Reading Program has gone well, especially since this is the first year that older children have been involved. It is hoped their participation has laid a strong foundation for future summer programs. The program’s finale, a “sea serpent” party, will be this Thursday. Regretfully, Sarah has left the staff in order to assume a new, fulltime position in Amherst. Beginning in mid-September Robin Proulx will conduct Story Hour. Rhoda met with Kevin Smith, the experienced new technology director at the school, and anticipates that he will do well as the administrator of the automated system shared between the library and school. Five library staff members and Laurie successfully completed a CPR course at the library. On September 15th Rhoda, as a member of a regional emergency planning group, will present a public workshop for families on how to be prepared for emergencies. The Farmer’s Market is going well. This Sunday the market is hosting a crafts fair and raffle to raise money for next year’s advertising. Market vendors will each donate an item to the raffle. Paul Dallaire replaced the downstairs door but it still needs weather-stripping and urethane. Laurie volunteered to do the urethane. Steve Capron will get the weather-stripping.

Old Business: Discussion was held about the moisture issues in the downstairs room. Dry weather and the dehumidifier have prevented any odors in the closet.

New Business: Discussion was held about a letter Rhoda received from a company seeking to distribute bookmarks showing the library’s hours as part of a business’s advertisement. It was decided not to establish the precedent of using the library to advertise private businesses. Rhoda will contact the company regarding this decision. 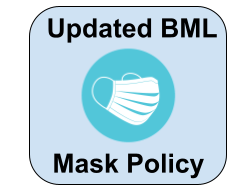 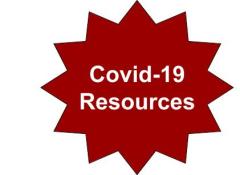